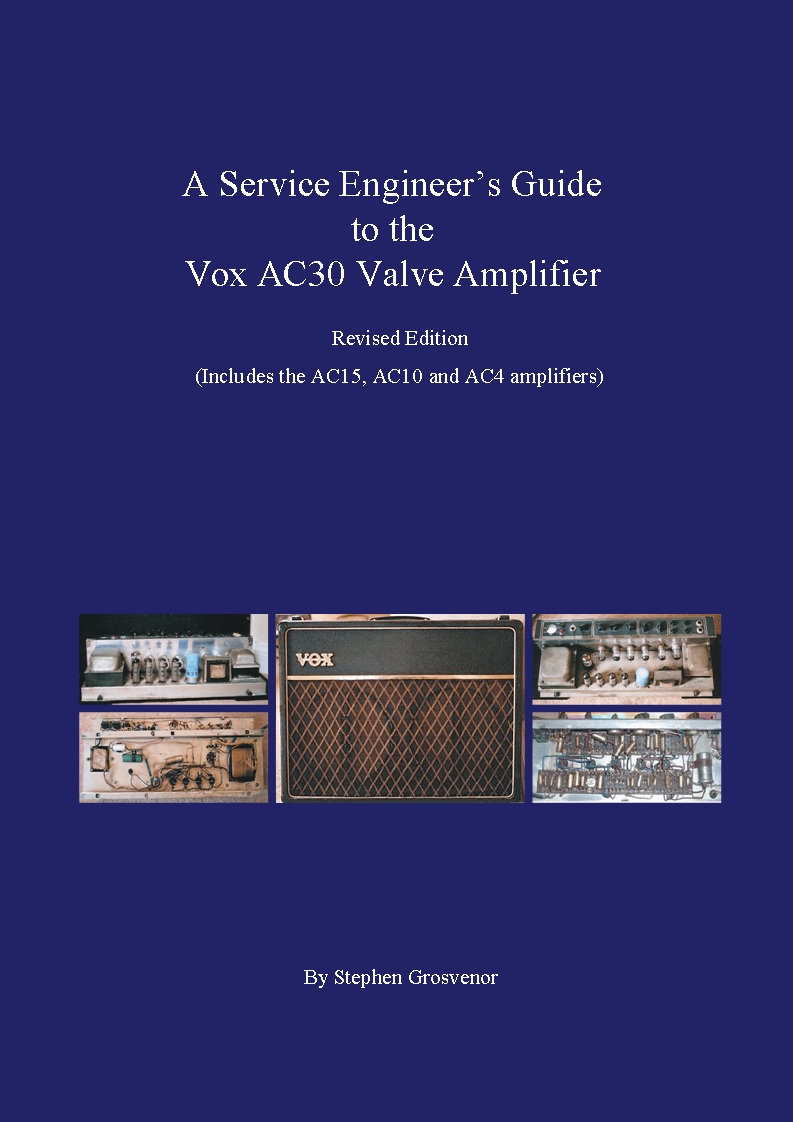 “A Service Engineer’s Guide to the Vox AC30 Valve Amplifier”.

The Guide has grown from what was originally, many years ago now, a personal set of technical information that I developed to help me in the servicing of my first AC30, (and many others along the way!)

There was not much in the way of such information available at that time, apart from some original and rather poorly printed schematics that I was able to obtain from Vox.

There were certainly no component layout drawings for the amplifier available, and so I decided to produce some of my own.

My efforts resulted in a hand drawn map of the amplifier tag strips, which bear the majority of the components within the amplifier, and of the power supply and output stages.

These proved to be very useful to me over the years, and greatly speeded up the servicing and repair of these amplifiers.

Of course, if I had known then what I know now about the value of these amplifiers, I would probably have locked it away safely, as an investment!

Even then though, I still knew that it was a special amp, and over the intervening years had many offers to part with it, and I swore that I never would.

After doing some research on the AC30, it became apparent to me that there might be a need for The Guide on a wider scale than merely for my own use, amongst Vox owners and technicians.

I looked again at my original drawings and the old schematics and notes, and I and began to formulate the idea for a guide, a technical manual to help in the servicing of the AC30.

My original hand drawn component layout had to undergo the same transformation, and other enhancements and additions to The Guide gradually emerged :

A table of wiring colour codes for the amplifier.

A table of valve data for all the valves used in the AC30.

A table of all of the operating voltages.

A circuit description of the different stages in the amplifier.

A section on how to determine the date of manufacture of AC30’s, which is a very important factor to many Vox owners.

A reformatted schematic for the legendary AC30/4 amplifier.

A table of component revisions that have been made over the years.

A brief historical background on the amplifier detailing its development and telling some of the story about the men behind the amplifier, Dick Denney and Tom Jennings.

The Guide has met with universal approval from purchasers.

This Guide also contains information on the smaller combination amplifiers produced by Jennings Musical Industries during the Golden Era, namely the AC15, the AC10, the AC4 and the AC2.

I very much hope that The Guide continues to meet with approval.