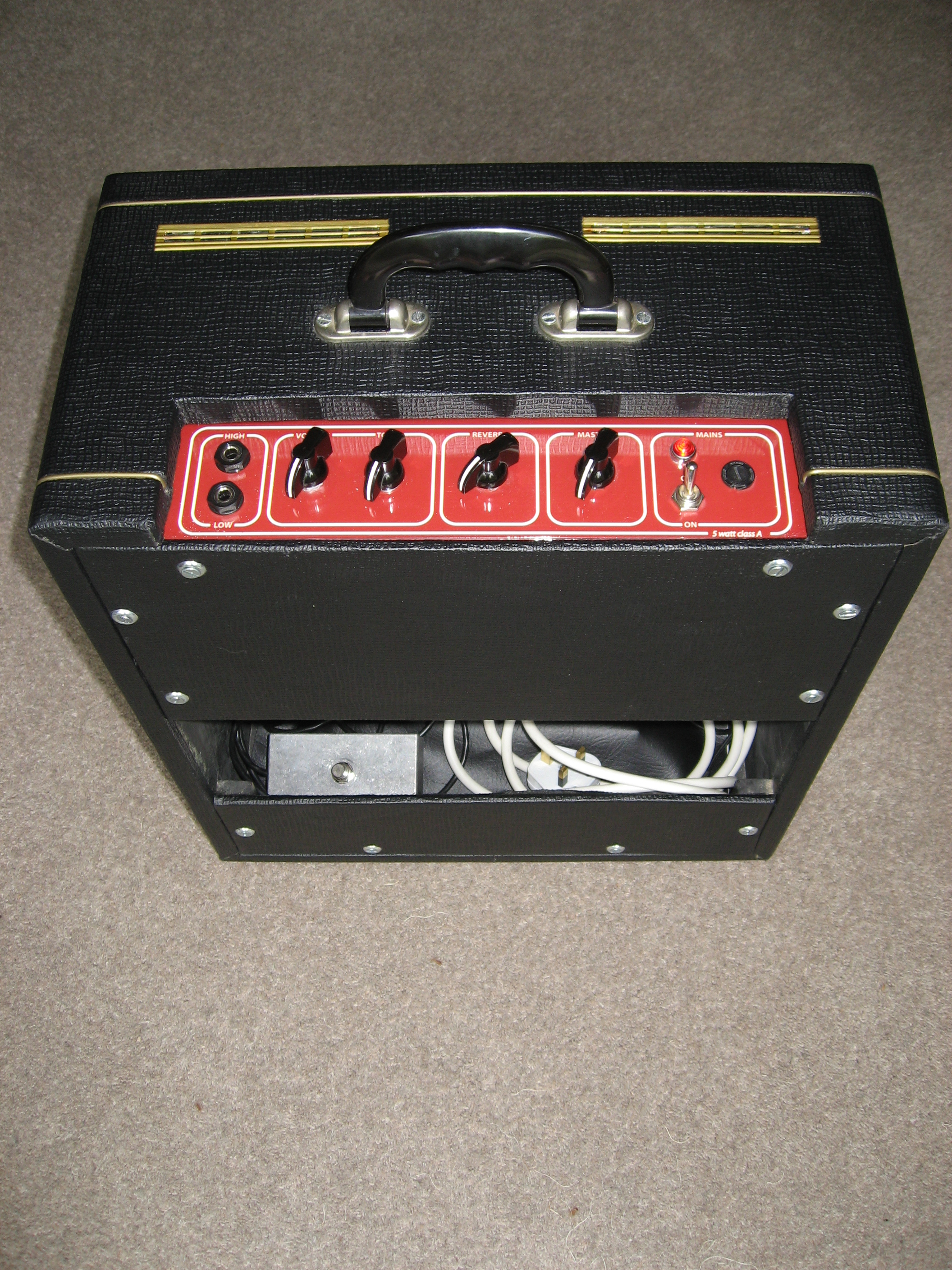 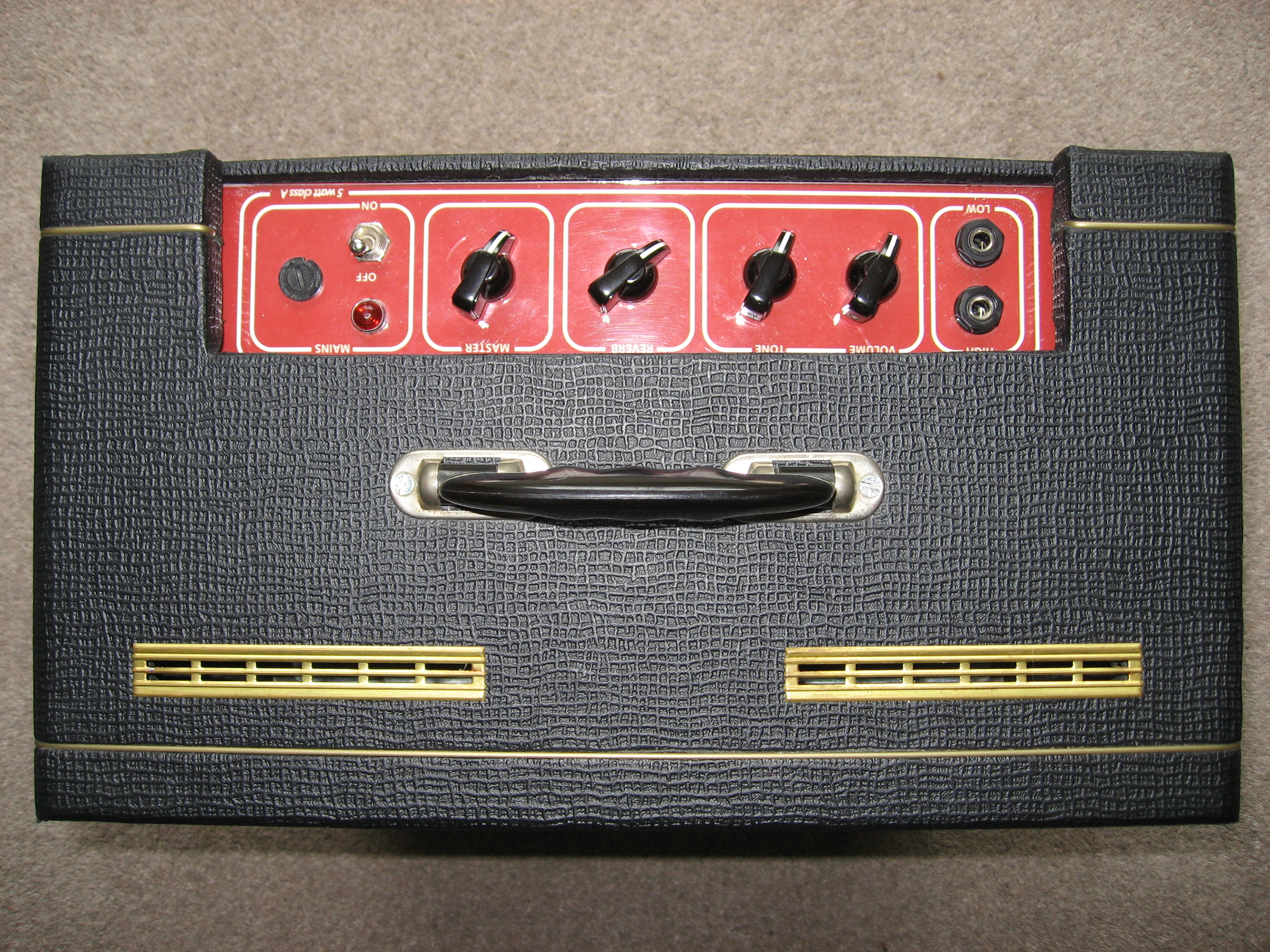 This is a “project” of mine that has been ongoing for some time now, and as it has just been completed, I thought that I’d post some pictures and observations, as I thought that they may be of interest.

I wanted an all valve amp that I could use at home for recording etc at reasonable volume levels, with the authentic tone of a vintage amp.

It looks a little like an AC4, but it differs in many ways to the original era AC4, (I guess that you could call it a tribute to the Vox AC4!).

It is a single-ended class A, all valve amp (with valve rectifier), and an EL84 output stage, giving about 5 watts into an eight ohm load.

It has an EF86 front end, but unlike the AC4, no tremolo.Instead it has an Accutronics spring reverb. (I felt that this would be more useful to me than tremolo).

It has a 10” Celestion loudspeaker.

There are significant differences in the biasing of the EF86 compared to the AC4, and the resulting amp is very pleasing in terms of responsiveness and gain. It is surprisingly loud, with significant headroom, but breaks up nicely when pushed.

The chassis construction follows the AC30 model rather than the AC4. A two piece chassis, mild steel for the power supply and output stages, aluminium for the preamplifier, (in fact it looks a little like the AC10 chassis).

I anticipated some problems incorporating a spring reverb into such a small chassis, but in reality none arose, and the reverb effect in particular is very good.

The amp is very quiet in operation.

The finished amp is probably a little over-engineered (built to last), weighing in at 16kg (35 lbs)!

The cabinet, based on an AC4, but a little larger, is made from 18mm Birch ply, with biscuit joints. 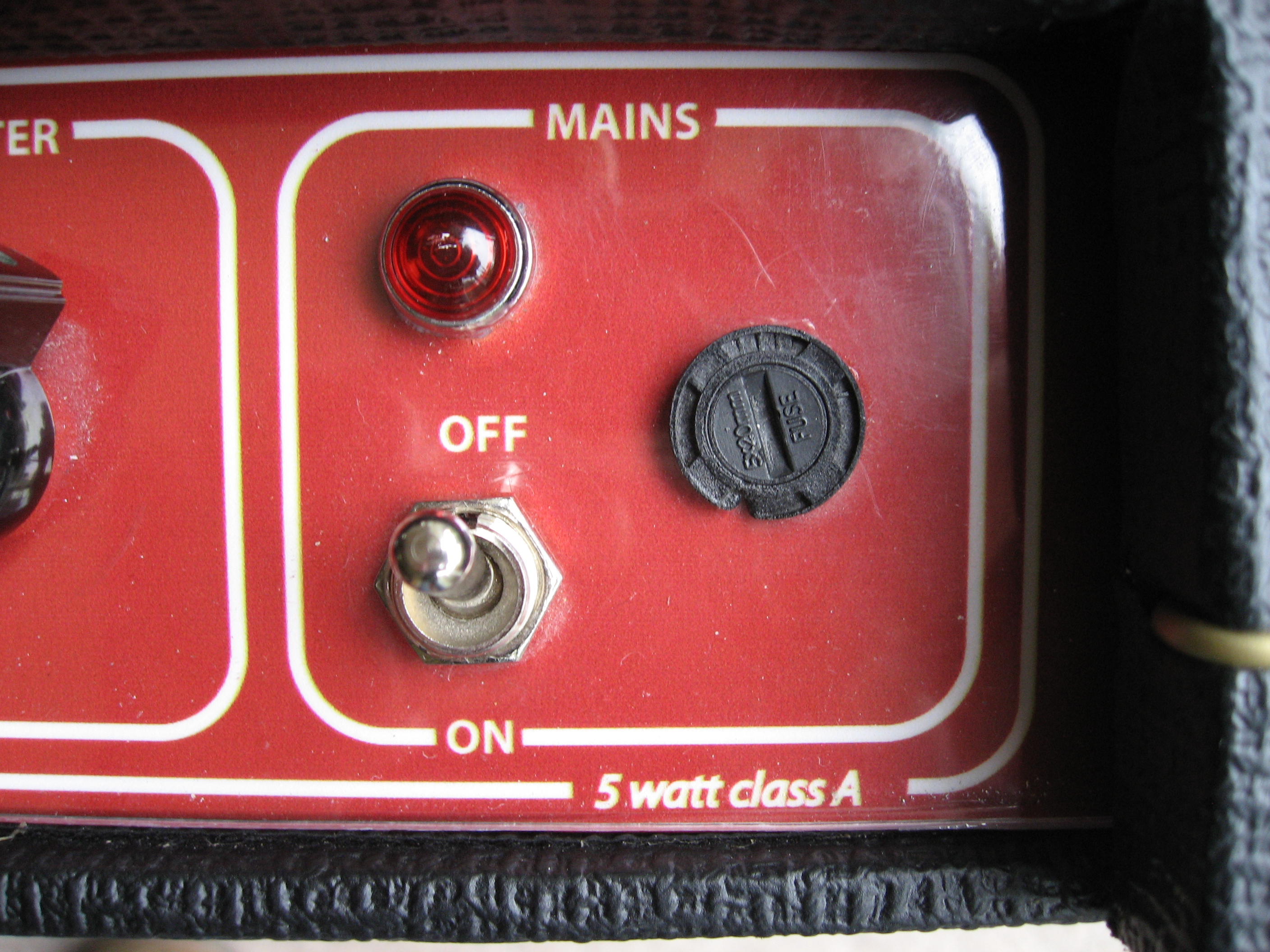 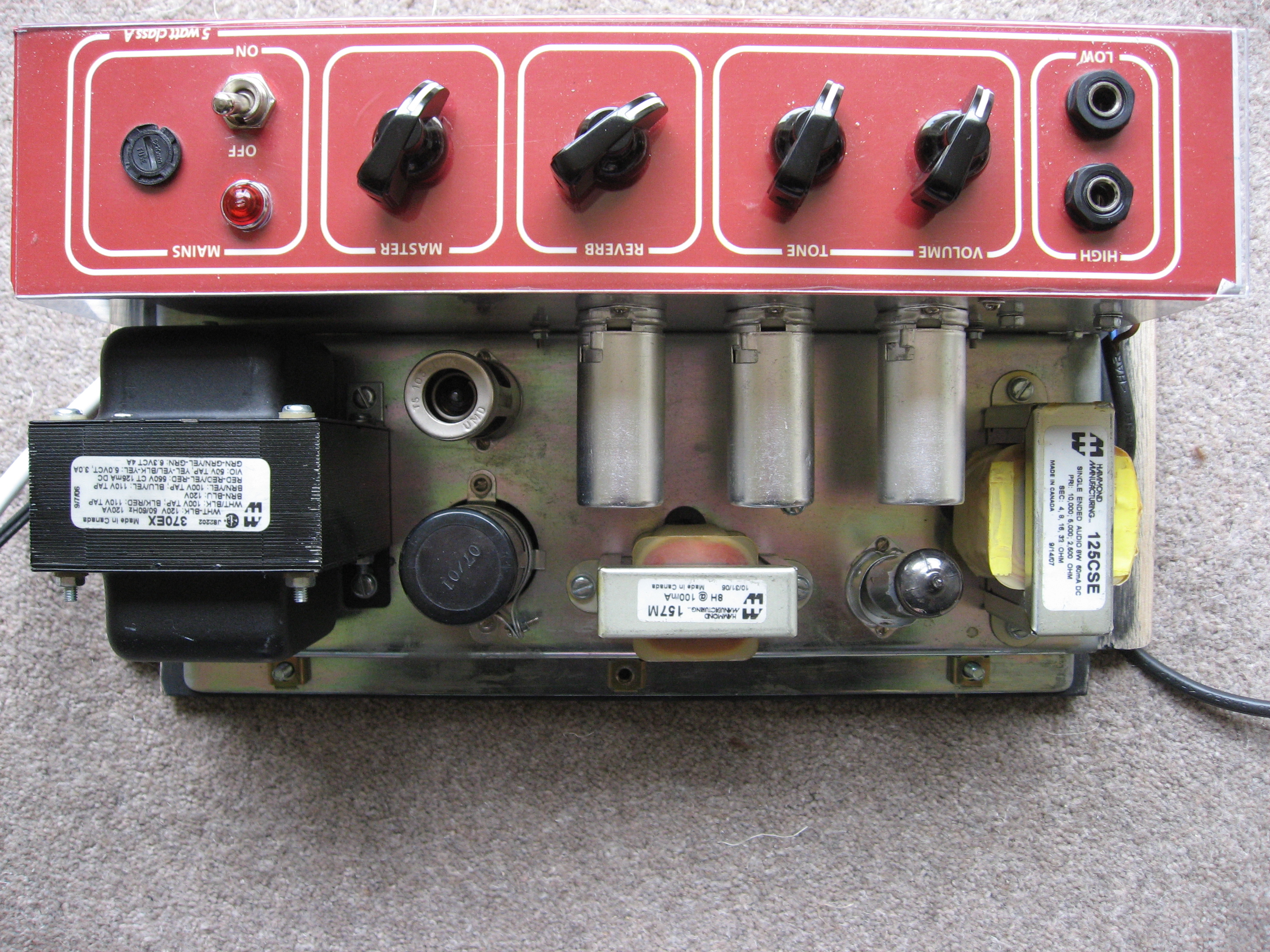 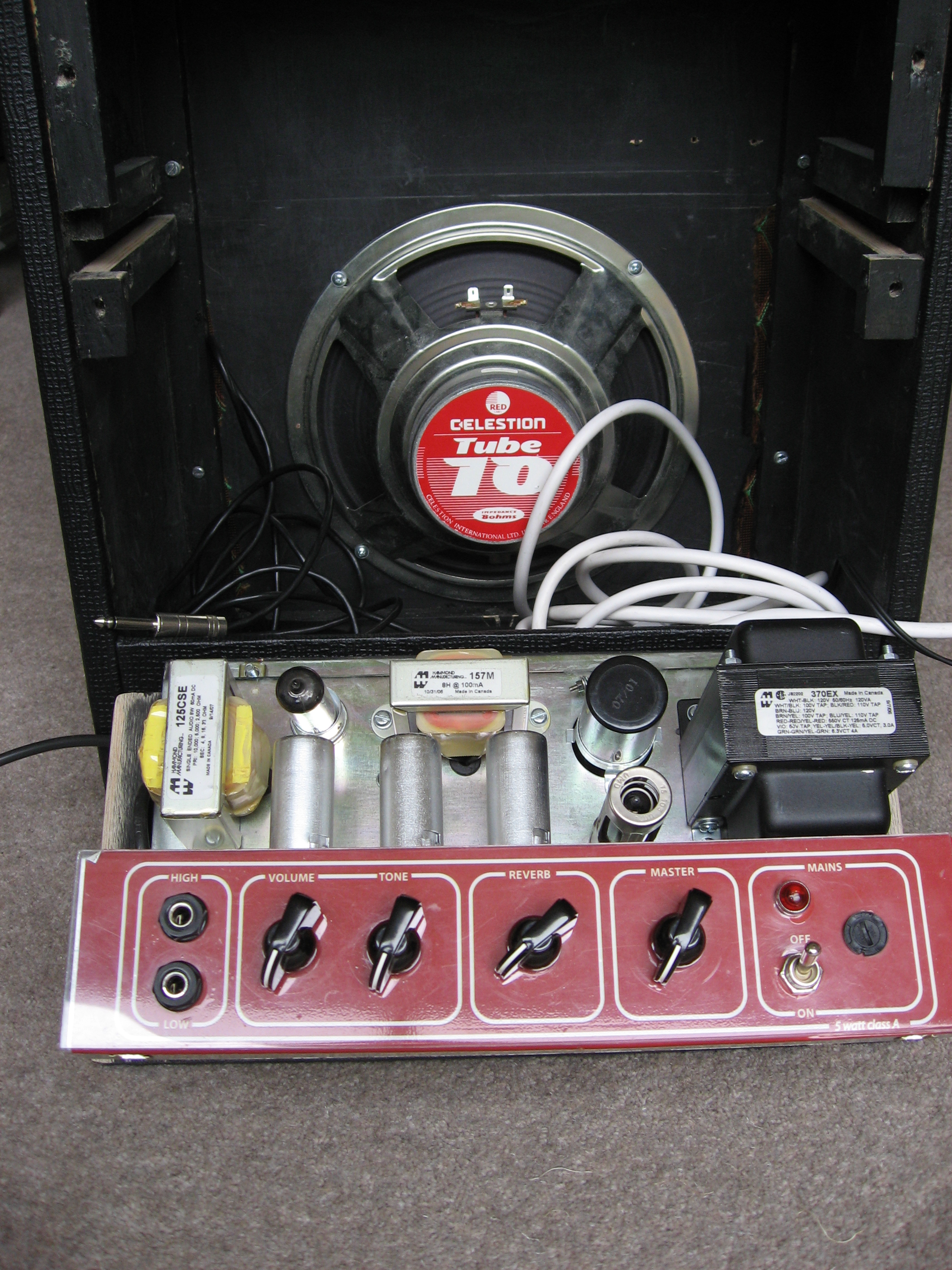 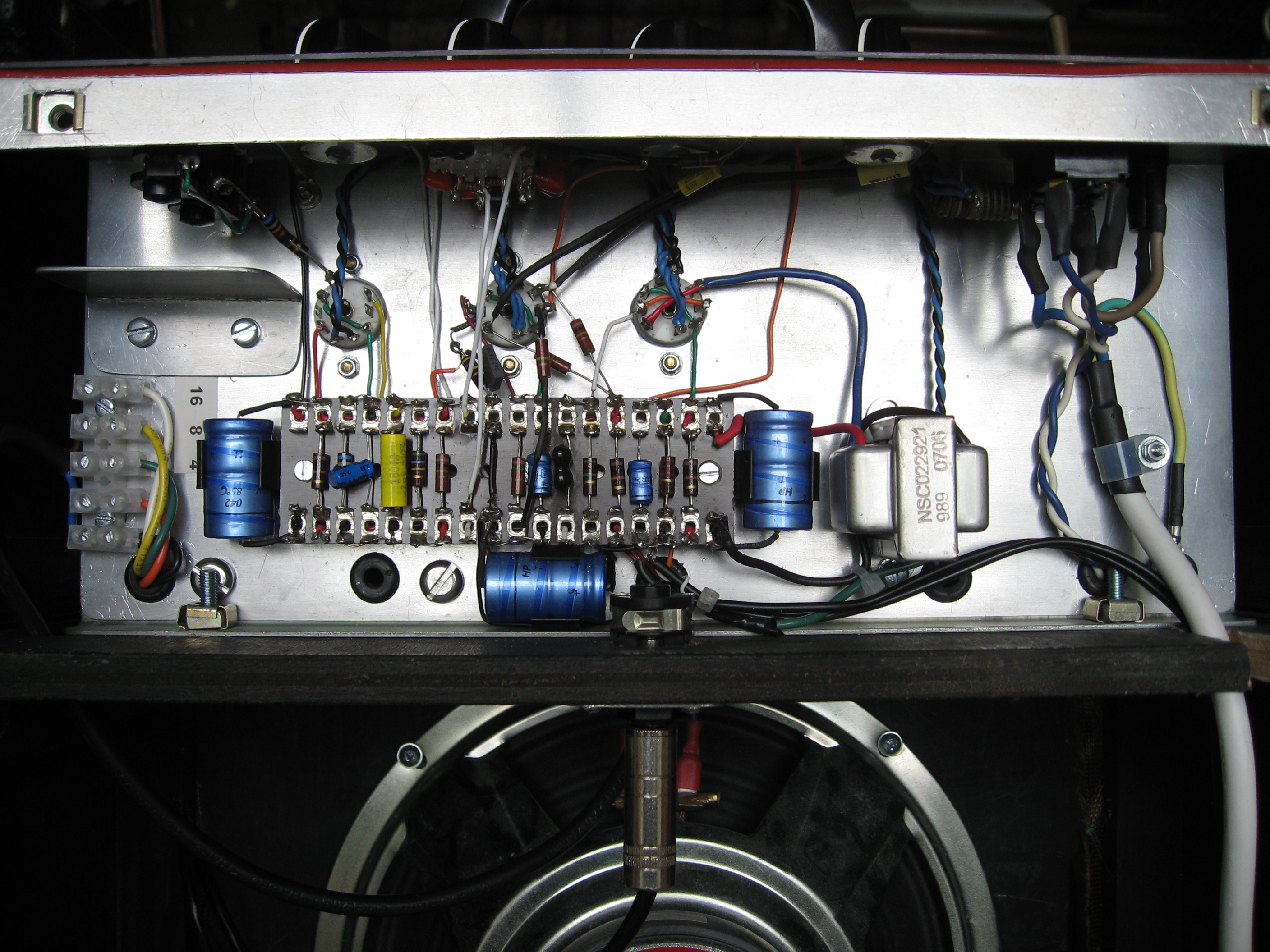